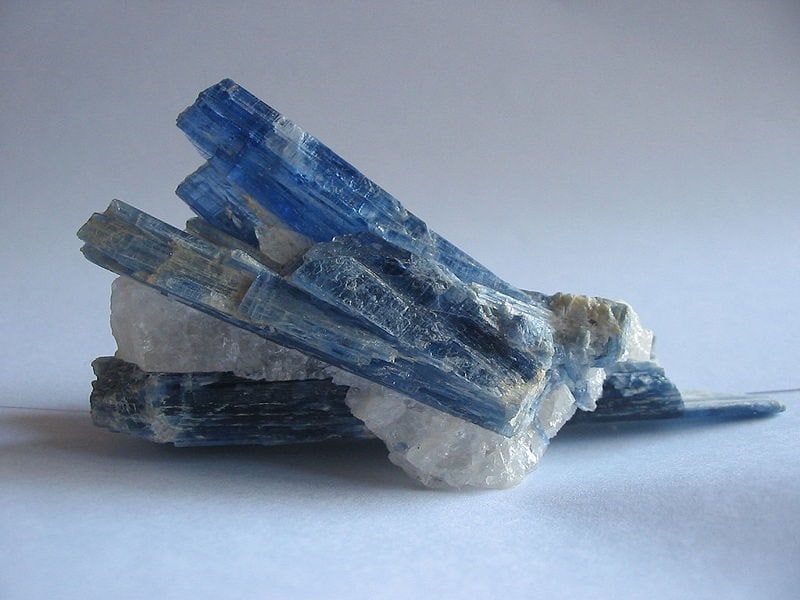 Today, I'm going to tell you a bit about Kyanite.

here is a picture of my  green Kyanite teardrop briolette beads, which I have used in the bracelet, followed by some picures of the bracelet itself: 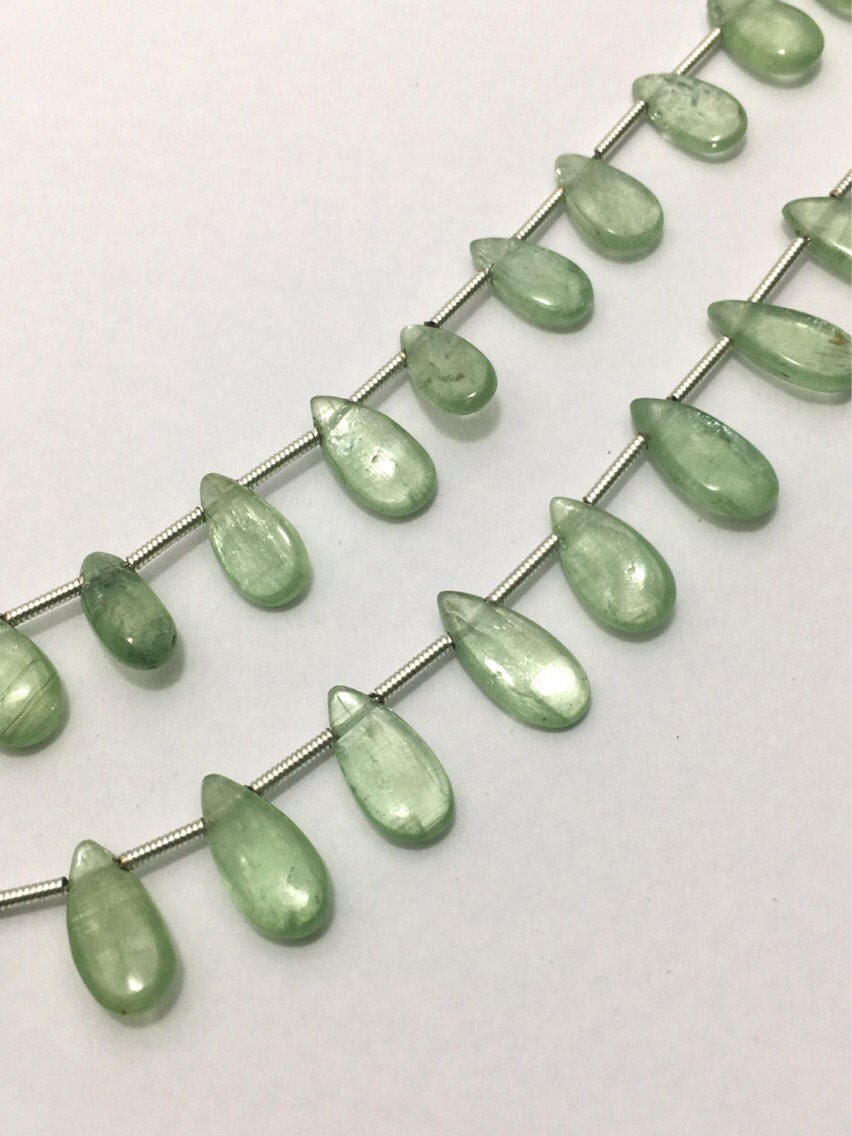 they are beautiful gemstones, like the blue kyanite, with shards and glitter inside.

The bracelet itself has taken a few months to design and make, as I gathered gemstones from around the world on a shopping spree on the internet, along with soft thai karen gold vermeil, which is thin enough to fit through the very tiny holes on the gemstone beads. I then have them all laid out, and wire wrap them individually onto the gold vermeil bracelet, making sure they are in the correct position and secure.

I am happy with my finishe bracelet, which will be for sale during the summer in Carinish hall when art on the map is on all over the Uists. 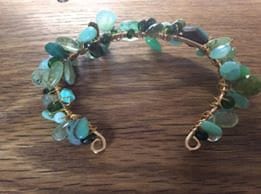 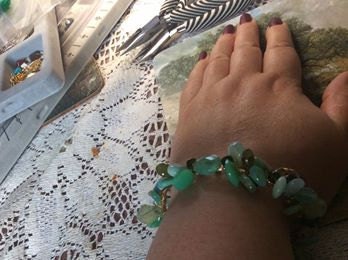 Found in Switzerland, Brazil, Myanmar, and the hilly regions of the U.S., the kyanite gemstone was discovered back in the nineteenth century. It is believed that ancient explorers used the kyanite gemstone suspended by a human hair as a compass on their expeditions. Some experts believe that this gemstone has the ability to follow the Earth's magnetic force when suspended by a human hair. I would love to try this out, and may one day use it for one of my art in the landscape performances. Kyanite is usually blue; in fact its name comes from the same origin as that of the colour cyan being derived from the Ancient Greek word κύανος. This is generally rendered into English as kyanos or kuanos and means dark blue. Kyanite is used to make ceramics and spark plugs among other things, as, unlike most other minerals it can expand significantly when heated.  but now is becoming popular as an artesian Gemstone. Most gemstone-quality kyanite is blue in colour. However, kyanite can be clear, green, black, and rarely purple. Some kyanite gemstones are pleochroic (appear to be different colours when viewed from different directions)  It is found with quartz or quartzite. The mineral was once commonly called "disthene" which means "two strengths, as it is a different hardness in each direction. It is usually found in long thin crystals or shards.